I grew up in a small town in the Netherlands, surrounded by nature’s splendor to amaze me every single day. Without any siblings, but with a solid crew of animal friends (including a fair amount of dogs, cats, rabbits, mice, hamsters, guinea pigs, birds, chinchillas, and what not) and some pretty amazing parents, I discovered the world in my own way. The environment I grew up in allowed me to interact with the most beautiful creatures and other elements that nature had to offer. Using pencils and paper became the way to ‘cope’ with these elements and it made them meaningful. Gradually, new materials were added to my creative toolkit, which provided me with even more ways to explore the meaning of all things ‘out there’. Looking back, every single one of these elements created a foundation for my work that continues to develop every single day.

The most important thing in life to me is that you should never lose your sense of wonder. This is also why I think that art should always evoke questions, rather than provide answers, because only then we are forced to go outside our comfort zone and wander into worlds unknown. By adding one material to another, I dream, imagine, build, create, maintain and promote a life that honors the animal-world around us and that hints at the beauty that is out there for us to be discovered

Dewi Plass was born in 1990 in the Dutch city of Nijmegen. Surrounded by some of the most splendid landscapes, Dewi spent most of her childhood exploring nature’s structures and the life it holds, all while being accompanied by her large extended family of furry animal friends. Even when going outside wasn’t an option, she continued to discover the world around her through the means of ink and paper. Inspired by the rustling of the trees, the birds in the sky, and Walt Disney’s Bambi on repeat, life through and with art became Dewi’s way of being in this world from an early age.

With the ride down high school’s path being quite bumpy, engaging herself with art proved to be the safe haven that Dewi sought. Whether it was through listening to music (preferably the heavy kind) and visiting shows, or through creating a drawing, there always was room for artistic expression and creative growth. Dewi got to experience the passion, dedication and the energy that travels between people when connected through art.

In 2009 Dewi pursued an academic career in the field of Cultural Anthropology. Consequently, Dewi’s creative endeavors moved to the background, as her focus became oriented towards exploring and understanding the meanings and messages of human cultural life within this world. In 2014 Dewi completed her MA in Cultural and Visual Anthropology at the Leiden university, and even though she found great joy in putting her academic skills in to practice, there was that one other passion that had been left unexplored for quite a while: translating the intangible images and stories that she had in her mind into visible, tangible sensations that could be shared with others.

This is why, in 2015, she decided to focus on her development as a full time visual artist, and since then her artwork has been shown in galleries across the world, such as Arch Enemy Arts (Philadelphia, US), Haven Gallery (Northport, US) and Beinart Gallery (Melbourne, Australia). Using acrylic as her medium, Dewi creates artworks in which animals take the center stage within worlds that invite the viewer to let go of all that’s familiar and instead explore the unexpected. 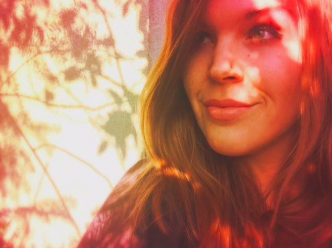 © 2023 . Artist Copyright - All produced works within this website are protected. The artist retains all copyright and moral rights attached to these works. The works may not be used, downloaded, reproduced or copied without prior written permission from the artist