I’m happy to announce that I’ve been invited to be a part of Cactus Gallery’s newest group show: Ho’ olaule’a (:a celebration). This exhibition gives a voice to a wide selection of animals that unfortunately find themselves on the endangered species list.

Join the gallery on May 12 for the opening night of this show, or visit their website for more information on this show and the available pieces in it. 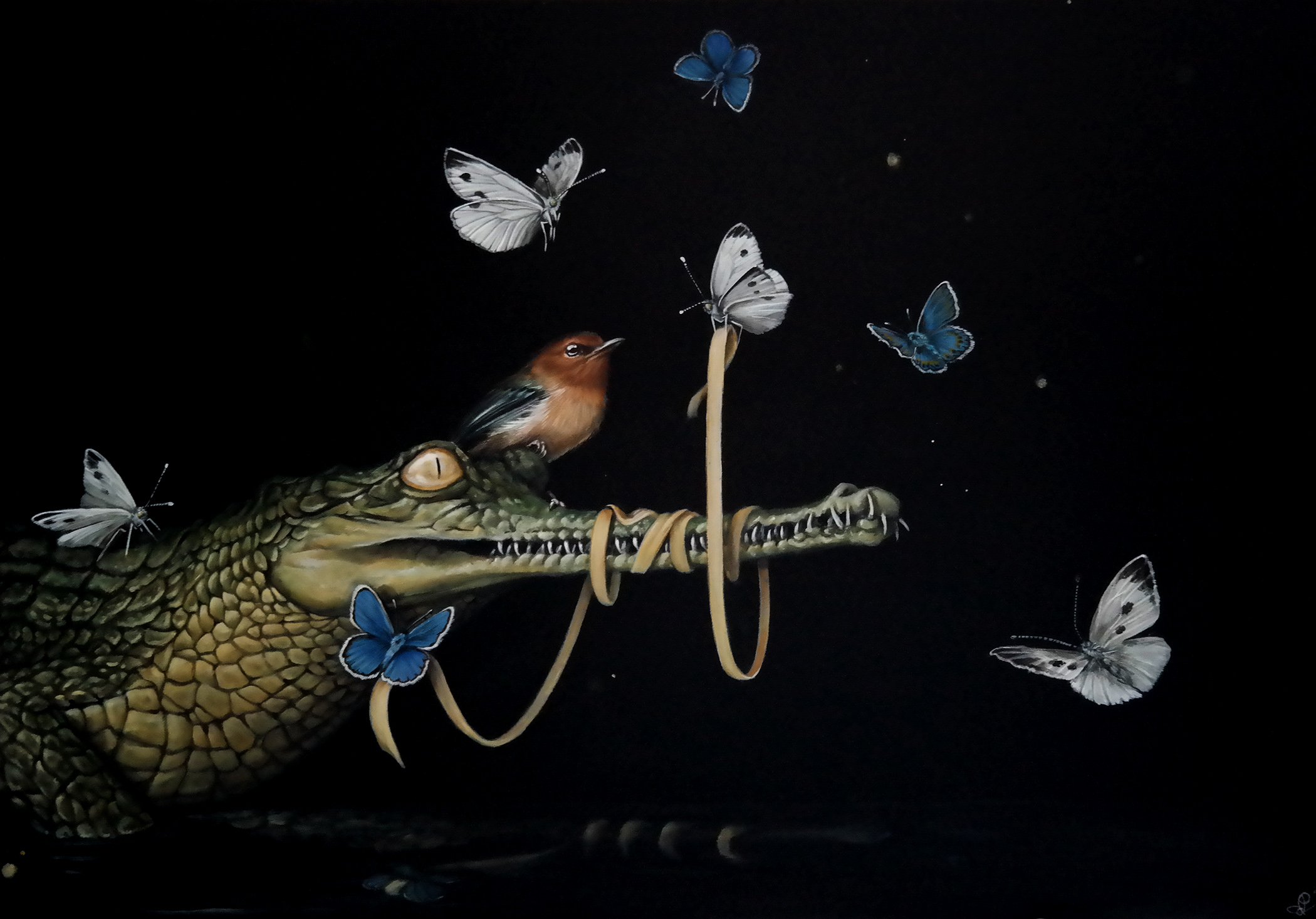 Silence: the story behind this piece

Nature’s splendor never ceazes to amaze me, and to think that there are so many species that struggle to survive, is a scary yet very real thing. An event that, I feel, is somewhat muted in the media that surround us. This is especially the case fors ome of the ‘lesser’ known species out there, which is why I chose the following endangered species – species from all around the world.

First, there’s the Gharial. This crocodile can be found in Asia, native to India, and is now critically endangered. This Gharial is accompanied by the Cinnamon-breasted Tody-tyrant, that can be found in Ecuador and Peru, but unfortunately is now classified as vulnerable do to habitat loss. The same applies to the butterflies that surround them. They, to me, represent the fragility of the situation, and signify the liminal space between the here and the afterlife, which is why I chose them to represent the “muting” of this silent tragedy.

© 2021 . Artist Copyright - All produced works within this website are protected. The artist retains all copyright and moral rights attached to these works. The works may not be used, downloaded, reproduced or copied without prior written permission from the artist